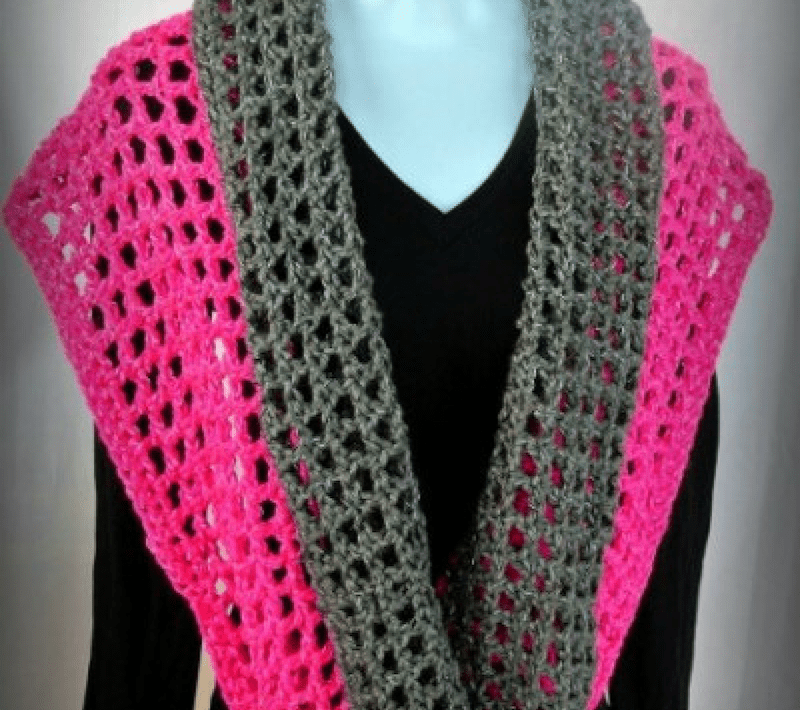 The latest in the line, Coraline in San Francisco Cowl Wrap is a free crochet cowl pattern. With more than 8 different ways to wear this cowl wrap, it is the most versatile in the line.

I made this special for Coraline. She travels solo and goes wherever the culture leads. Yes. It’s CORAline, not Caroline. She’s headed to San Francisco next week and loves the other cowls I’ve made for her as she’s been on sabbatical. She wanted a wrap this time for her cool morning bike rides to the gallery. Coraline doesn’t crochet, but she’s starting to wish she did.

This 4-skein pattern works up quickly and is easy intermediate. 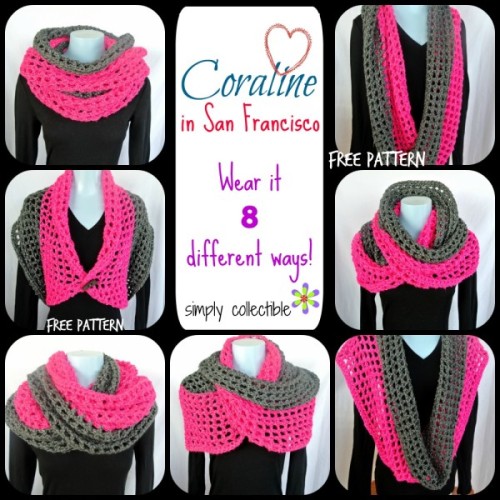 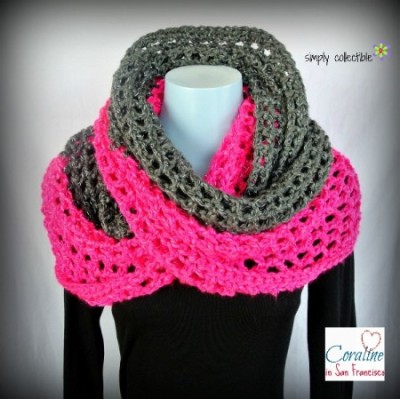 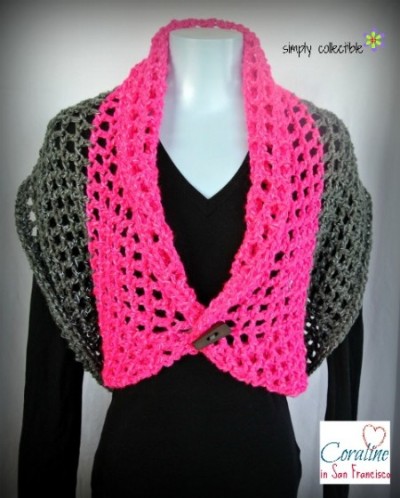 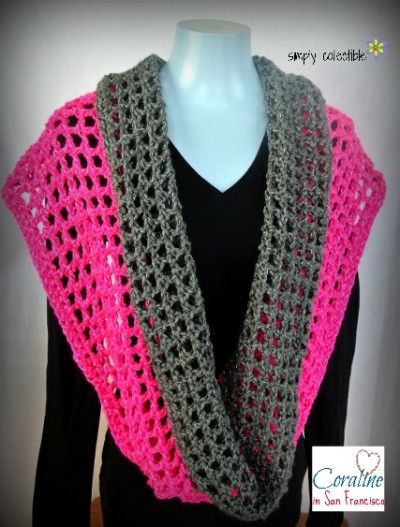 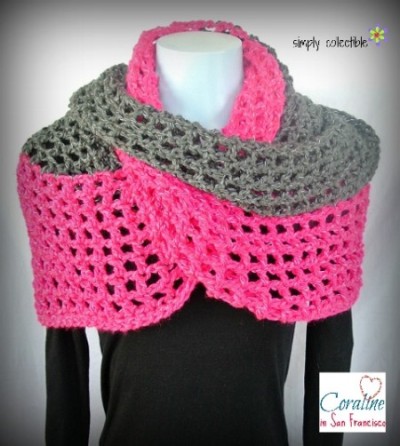 Size: One size fits most teens and adults

Notes:
Chain counts as a stitch throughout.
Join new color finishing the last stitch of the previous row.